According to William Cole’s Art of Simpling (1656), Loosestrife prevents oxen from fighting. Some say the name derives from a Greek word meaning “to dissolve strife.” What we could debate is whether form follows function, or vice versa, because this showy group is as hardy as it is attractive.

Some species are tall, others are low, but all are vigorous and easy to grow—so let them loose in cool, moist locations such as woodlands, bogs or waterside meadows. A varied group, each offers a unique foliage form.

According to William Cole’s Art of Simpling (1656), Loosestrife prevents oxen from fight­ing, while others say the name derives from a Greek word meaning “to end strife.” Lofty narrow spikes of star-like pearly-white flowers grace this uncommon stately European species that forges a noninvasive clump with opposite and lanceolate glaucous gray-green leaves encompassing sturdy upright stems. A luminous accent in bouquets, Lysimachia ephemerum can be positioned near Thalictrum flavum ssp. glaucum for a gentle match of soothing colors and intriguing blossoms.

Please fill out our Registration Form to receive news of updates to the web site, availability of new plants, give us your feedback, and to be on the mailing list to receive future printed catalogs.

Other selections in this genus: 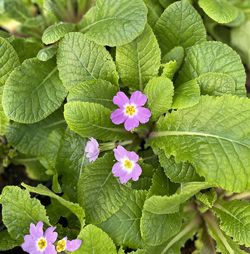